I took an Intro to Architecture class during my freshman year of college. It skimmed the surface of important architectural periods and major individuals in the field, but would be remiss if it had no mention of Frank Lloyd Wright during the course of ten weeks. As one of, if not the most famous American architect, Wright designed over 1,000 pieces during his lifetime, with over 500 coming to fruition. He was the pioneer of the Prairie School movement, which worked well with the Arts and Crafts movement’s aesthetic. Both were reactions to the mass production manufacturing that came from the introductions of assembly lines.

Not far from Pittsburgh – just over an hour from the city – is, arguably, Frank Lloyd Wright’s most famous house.

We took a trip out to Fallingwater on a clear, crisp day last fall, enjoying all the colors the season threw at us along our drive. 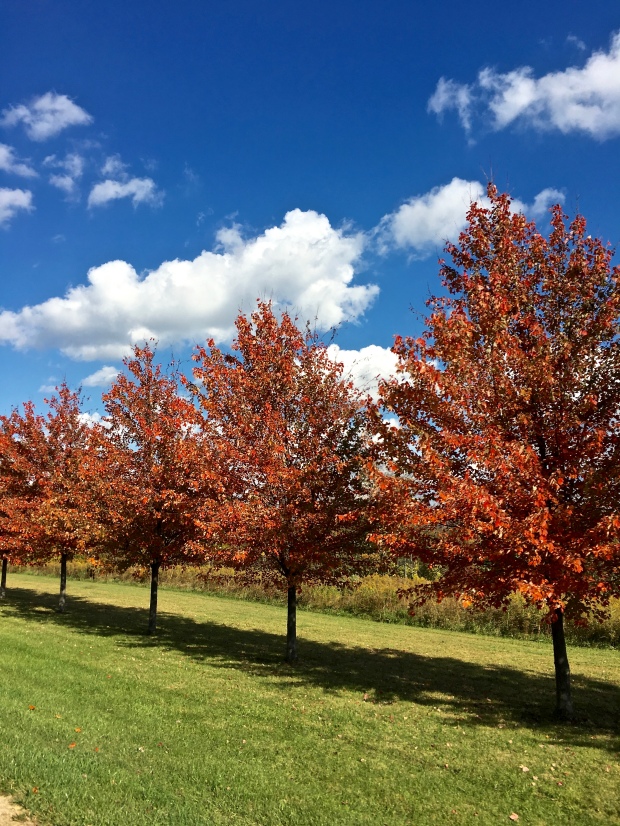 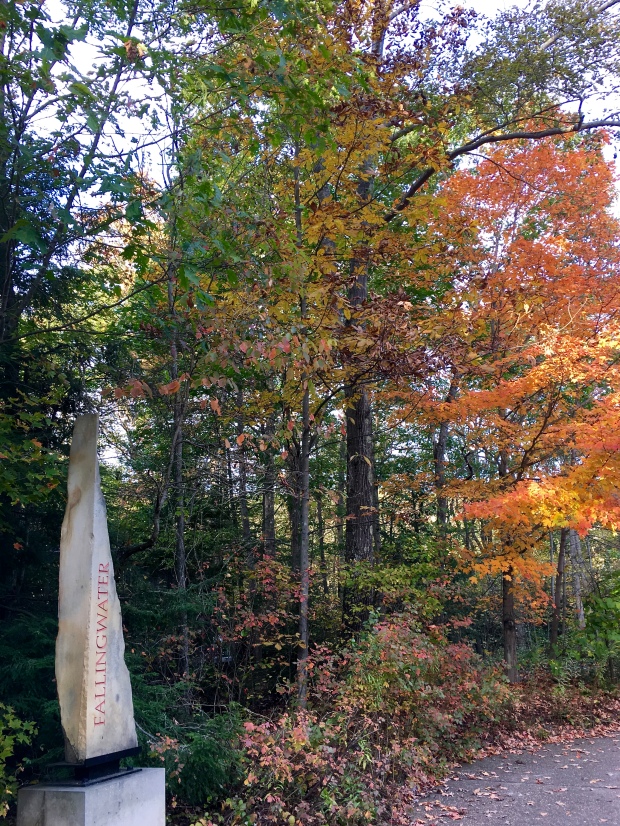 The home was built as a weekend getaway for the Kaufmann Family, of the Kaufmann department store. The family loved the waterfall on Bear Run, and commissioned Wright to design a home on the plot of land. Using clever cantilevered construction, the home seems to almost float amongst the boulders and above the waterfall. 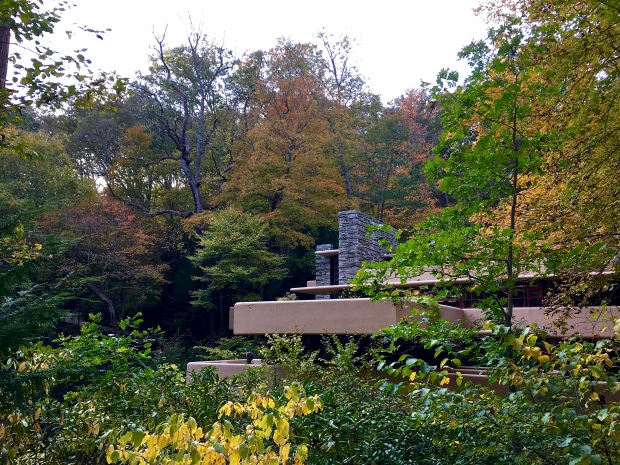 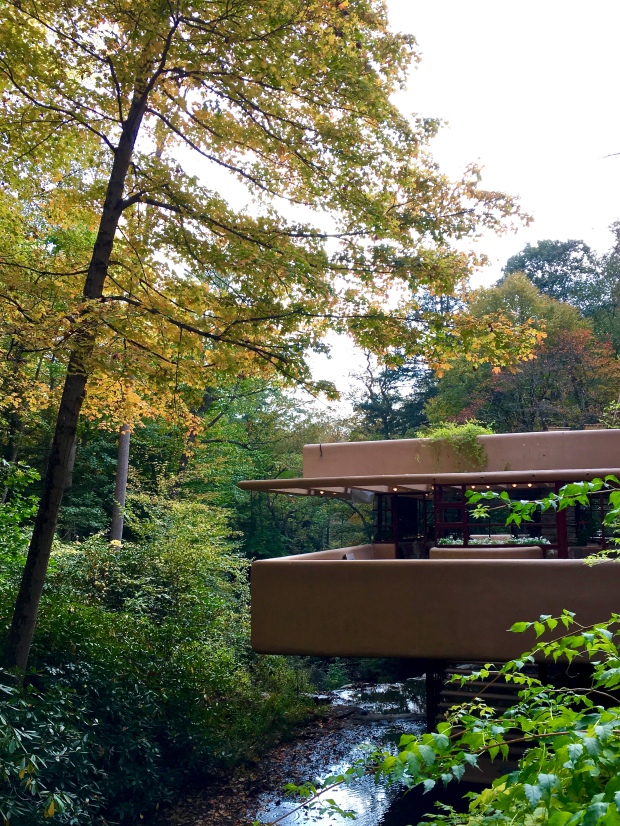 Tours are offered daily, with the exception of some holidays, and you can book online here. There is no photography permitted inside the house, but you are free to wander the grounds and snap as many photos from the outside as you’d like. 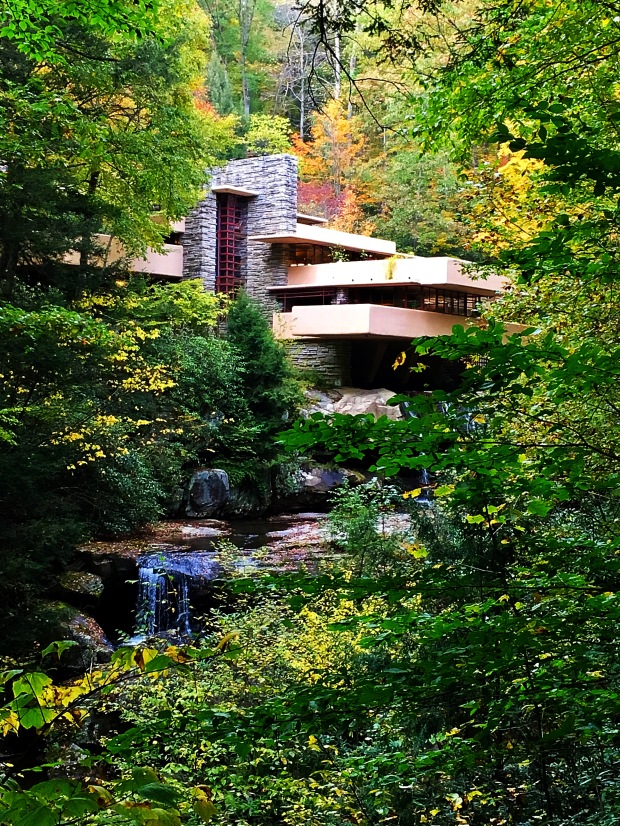 We caught the start of the changing leaves, but I can only imagine how spectacular this view would be with fiery reds and oranges framing the house.

If you’re looking to make a day of Frank Lloyd Wright, or just can’t get enough of the fall foliage, pop over to Kentuck Knob. 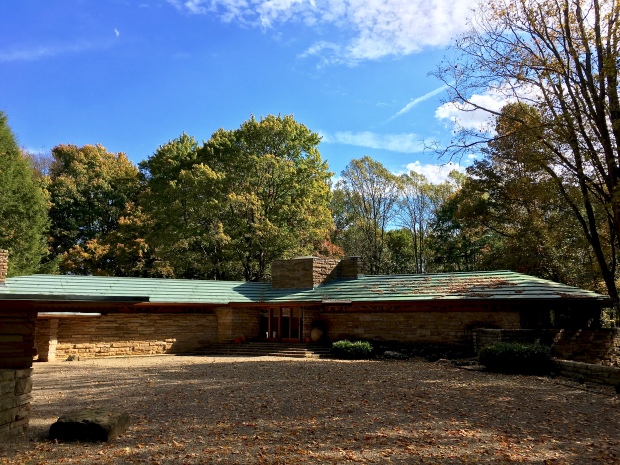 The home is anchored on a hexagonal core, with the the pattern being repeated throughout the house. Fun fact: the carport, which you can see along the side of the front entry, was coined by Frank Lloyd Wright and was popular in his Usonian designs. Again, photography is not allowed within the house, but visitors are treated to many interior designs and furniture items imagined by Wright, himself. 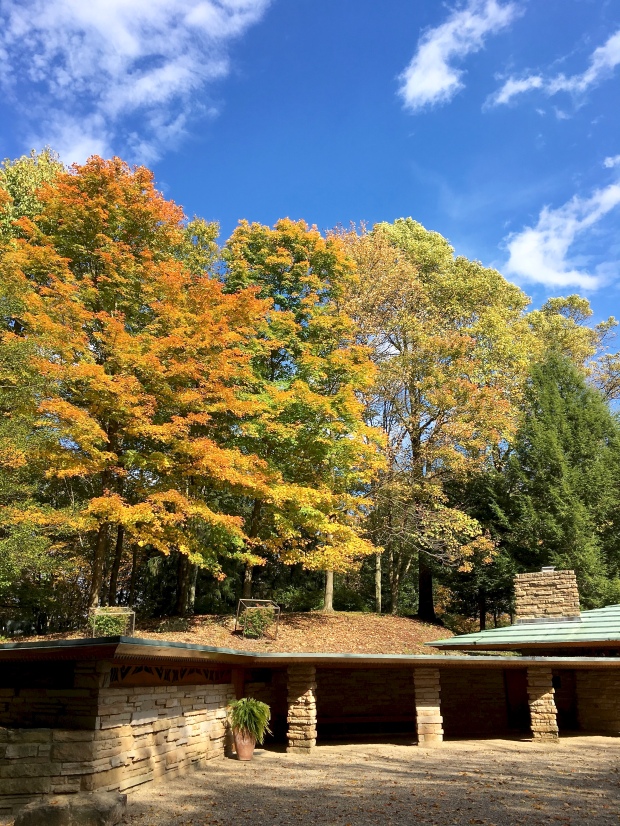 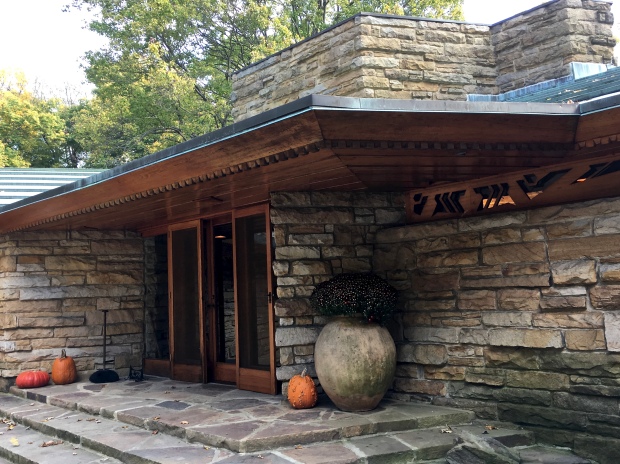 Nestled into the southern side of the Kentuck Knob peak, the home has sweeping views of the Youghiogheny River gorge and surrounding hills. 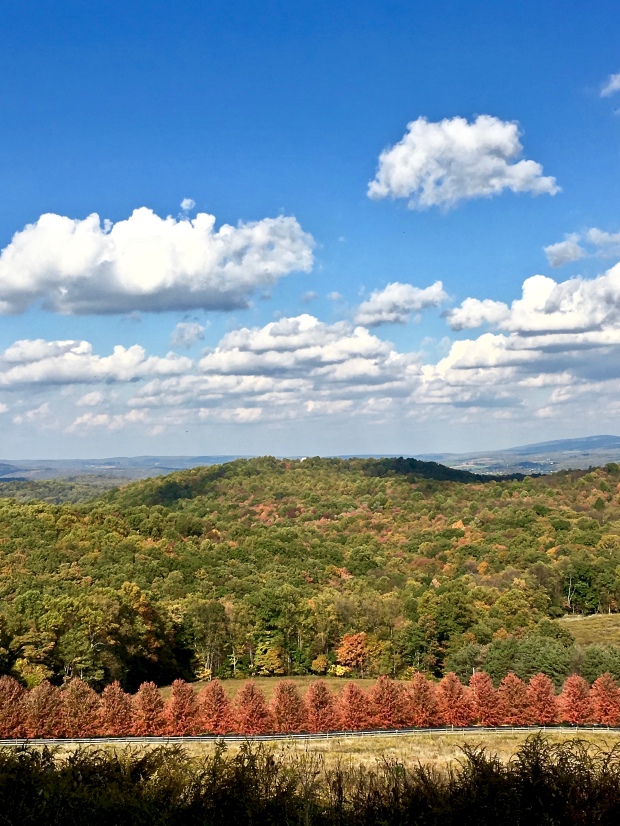 When you finish the tour, take some time to check out the view and then meander through the sculpture garden on your way back to the visitor center. 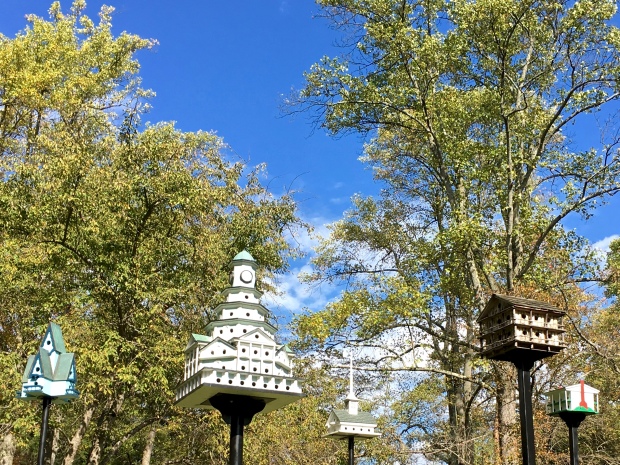 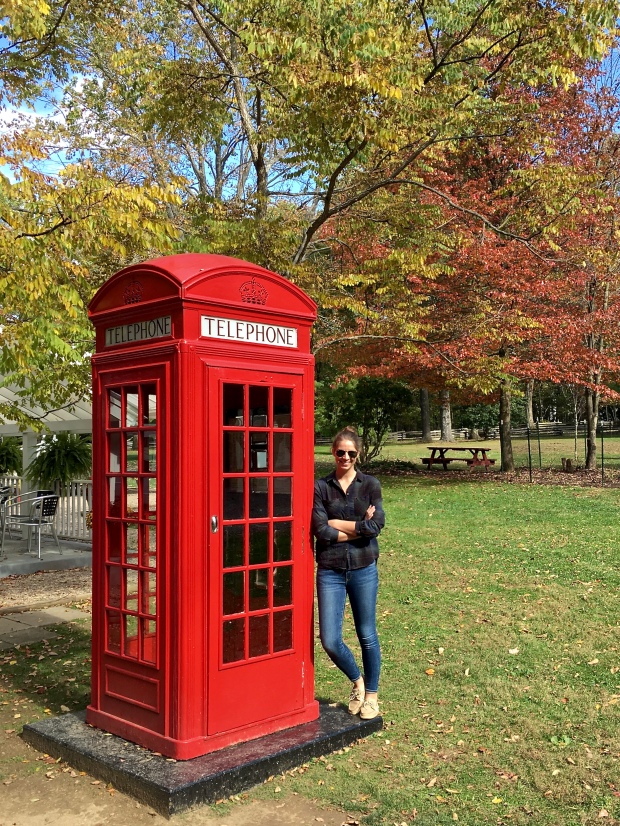 I think Fallingwater and Kentuck Knob are truly special places to visit, and although I’d recommend them any time of year, the colors of autumn really put on a show around these homes.

What do you think of the homes? Did you know FLW also designed the Guggenheim Museum in New York? It’s fascinating to see how different the designs can be, while utilizing some of the same techniques. 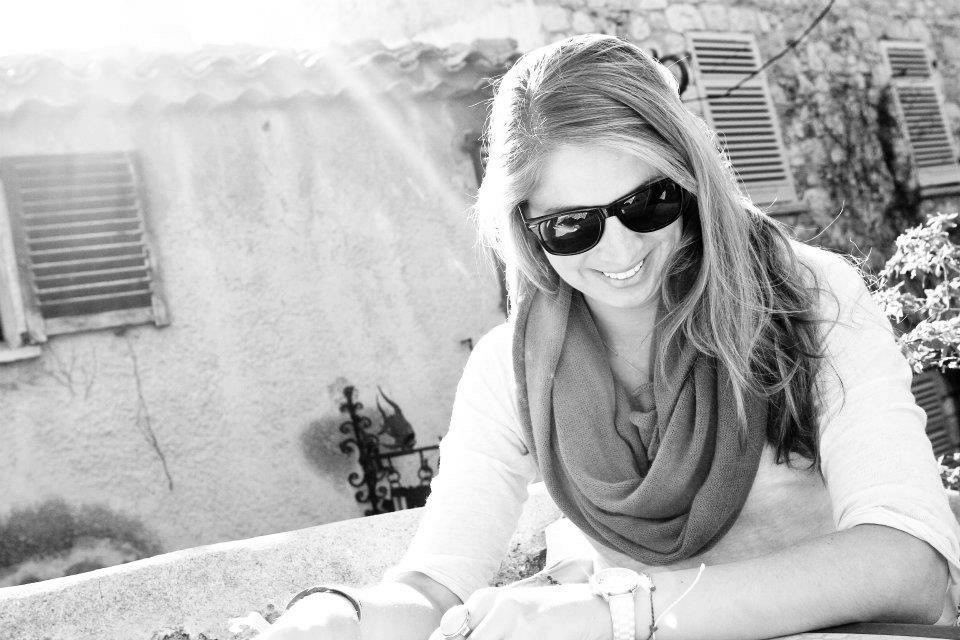